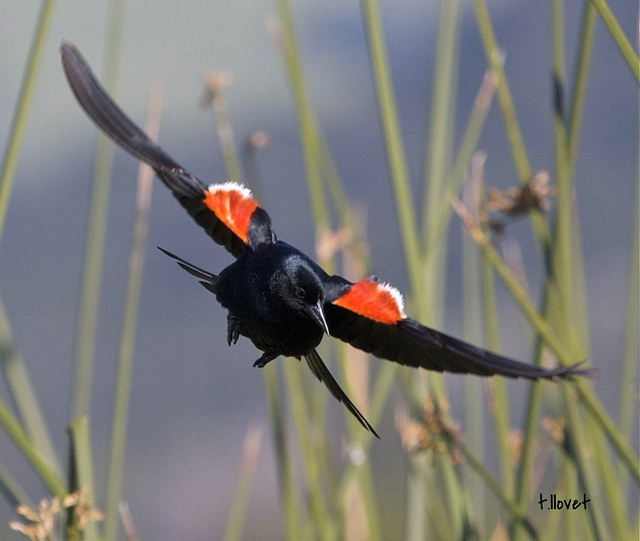 The Golden State is home to more than 90% of all tricolored blackbirds on the planet.

But with much of the state’s wetlands drying up, these creatures have made themselves home on Central Valley farms, where they build their nests and raise their young in the fields of grain meant to feed dairy cows. Unfortunately, nesting season often coincides with harvest – meaning that as the grains are mowed, so unintentionally are thousands of baby blackbirds – greatly contributing to the population decline.

Last December, the tricolored blackbird was granted temporary endangered species protections – as the total California population hovers around 150,000 now – the smallest number ever recorded. This is a stark contrast to the 3 million tricolored blackbirds that existed in the 1930s.

Fortunately for these majestic creatures, all across California Audubon California and the Natural Resource Conservation Service are partnering with industry groups and other organizations – including Sustainable Conservation – to protect these songbirds.

The progress is tangible: just last month, Frank Mendonsa, president of Western United Dairymen and Tipton farmer, helped save an estimated 15,000 tricolored blackbirds (approximately 10% of the state’s entire population) that were nesting in his wheat field simply by delaying harvest until the baby birds could take flight.

In a recent Fresno Bee segment covering efforts to protect the blackbirds, Mendonsa underscores the importance of multi-stakeholder collaboration: “These birds can be protected with everybody’s cooperation.”