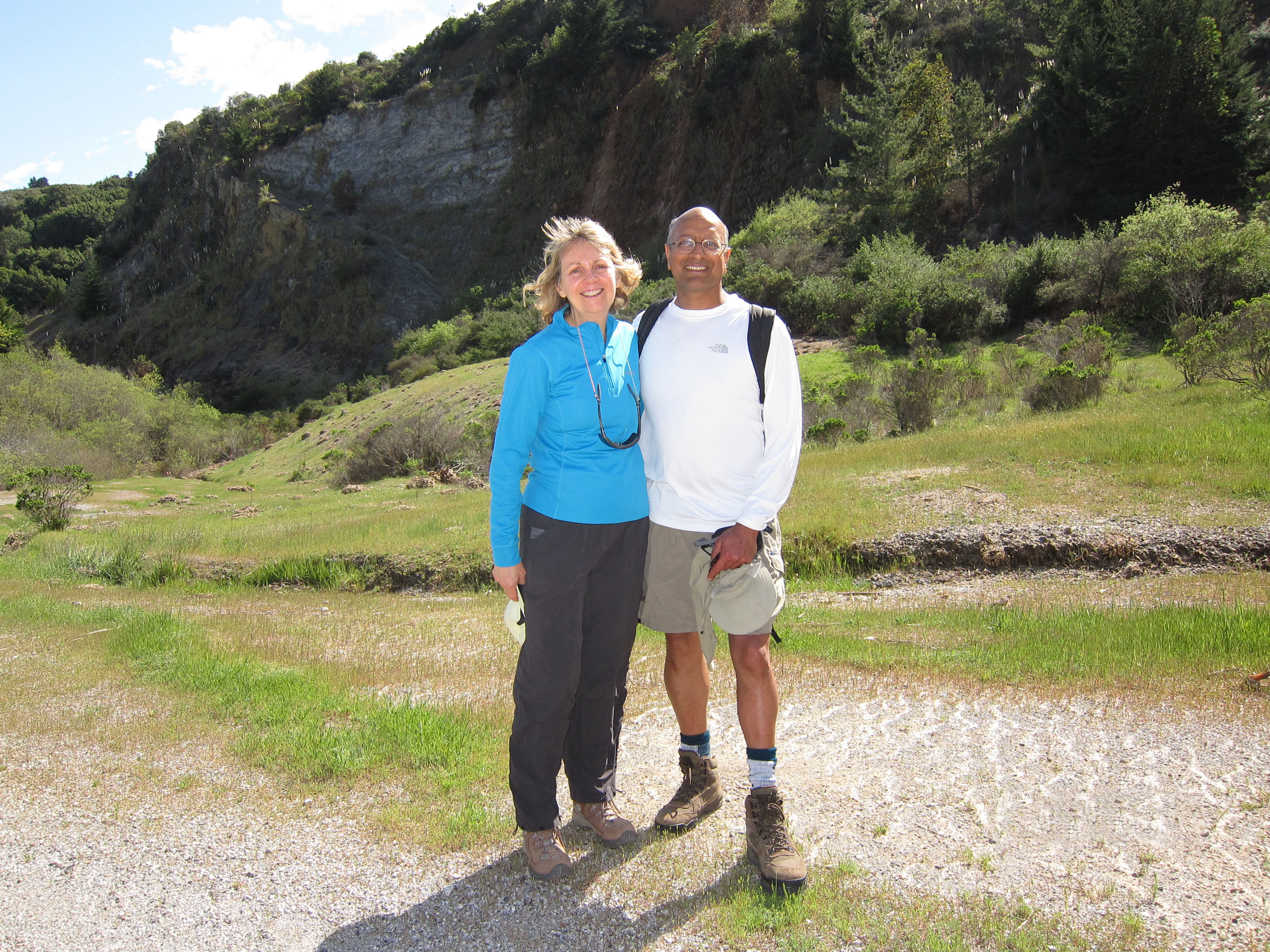 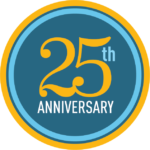 In this fourth installment of our 25th Anniversary profiles, we are featuring Sustainable Conservation supporter Suds Jain. A long-time resident of the South Bay, Suds is engaged in climate change work through teaching, environmental project review, research and legislative advocacy.

Where did you grow up and who influenced your environmental path?

Suds Jain: I lived in Davis during the 60s and 70s. It was a unique area to grow up and a place that led me to think about environmental issues from a very early age. I remember riding my bike by those little, sea-blue igloo shaped homes of people wanting to live sustainably and have their own vegetable gardens. My father was a population biologist and agronomist professor at UC Davis, and many of his students were “hippies”. The high school chemistry teacher was also the mayor and my 9th grade English teacher was the president of the Sierra Club.

Amory Lovins was an early influence in my thinking about a low-carbon future. Jimmy Carter is one of my favorite presidents. He was an engineer who studied the issues and understood the concept of shared sacrifice to solve problems. I also think highly of Jerry Brown even since he was governor for the first time while I was in high school in Davis.

What set you on the environmental path you are on today?

SJ: I was an engineer for 25 years and didn’t spend a lot of time thinking about environmental issues (during that time). After seeing Al Gore’s movie, “An Inconvenient Truth” I began reading extensively about climate change and a year later, I decided to retire and “work” on climate change full time.  I believe this is the issue of our time that threatens civilization as we know it. 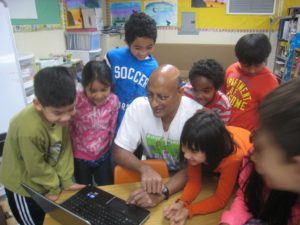 These days you wear several different hats: educator, Planning Commissioner, and climate change advocate. What inspired you to take on these roles?

SJ: Kids can have a big influence on their parents’ behavior. When I was in elementary school, we had people come to our school to teach us about the dangers of smoking. I remember pictures of pink lungs and black lungs. It was clear then that people were dying because of this highly addictive habit. It was powerful. Despite the fact my parents didn’t smoke, it made a big impression on me. I imagine that kids would go home to their parents and say, “I don’t want you to die.”

For the past 7 years, I’ve been teaching an elective middle school class on climate change. I bought 30 used copies of Al Gore’s book (Our Choice, Young Reader Edition) and began teaching a weekly, one-hour class, covering energy-related topics like solar energy, geothermal energy, carbon capture and sequestration, biodiesel and biofuels. Students learn about these renewable energy sources and about how serious the climate crisis is. I also tell them about the well-organized efforts by the fossil fuel industry to sow doubt about climate change.

Over the years, I’ve gotten really positive feedback. One time a parent came up to me said, “I’m so glad you’re teaching this class. For years, I’ve been asking my husband to drive less and turn off the lights. Ever since my daughter has taken your class, she’s been relentless and he has changed his ways.” Older people can be pretty set in their ways but a child can continually remind adults to bring their own bags to the grocery store.

In 2015, I joined my City’s Planning Commission after reading their Climate Action Plan. They had hired consultants to write the plan, and they had spent all the money that was allocated to the effort before there was an opportunity for any public input or revisions to make it stronger. So I decided to get on Santa Clara’s Planning Commission and work to green every project that comes before the Commission. I take great pride in it. Nowadays, developers will look me straight in the eye and say things like, “I’m adding this many Electric Vehicle (EV) Charging Stations.” They already know I’m going to ask about it. I also ask them to make firm commitments to LEED certification and reductions in Vehicle Miles Traveled (VMT).

I am also very active with a national group called the Citizens’ Climate Lobby (CCL). I run a local CCL chapter to help build the political will needed for a revenue neutral carbon tax. CCL’s approach is similar to Sustainable Conservation. They have a respectful, nonpartisan approach to education and realize that there is great leverage in pursuing legislative fixes. 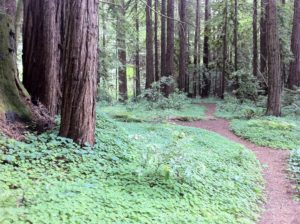 How does your background as an Engineer influence your perspective about conservation solutions?

SJ: Technology has the ability to solve many problems. For example, the incandescent lightbulb is more of a heat source than a light source. Compact fluorescent lightbulbs were a major improvement, and now we’ve moved onto LEDs, which are more efficient and don’t contain mercury. For water, there are technology fixes to improve water use efficiency and water treatment. I believe that at some point, we will have to rely more on reverse osmosis. But it seems counterproductive to burn fossil fuels to provide the vast amounts of electricity needed to run reverse osmosis plants.

What I like about Sustainable Conservation is that many of your solutions rely on good engineering and science. Solutions like drip irrigation involve a fair amount of technology, including soil sensors and flow meters.

Speaking of technological solutions, I have been working on a geoengineering project with a group of retired physicists and researchers at the University of Washington. It is called the Marine Cloud Brightening Project. We are devising a machine that could spray seawater to create brighter clouds and reflect sunlight back into the atmosphere. The purpose is to counteract global warming. Right now we have all of this extra CO2 trapped on the planet. We are losing a lot of sea ice over the Arctic Circle. The extra energy also makes hurricanes more severe. So, we are exploring how can we put particles into boundary layer above the ocean and reflect some energy back into space. It will take years and years of field experiments to perfect concept, because there is a lot of cloud physics that is not yet well understood. However, even if we developed a perfect machine to make clouds brighter we’re still not comfortable deploying it because it won’t solve the problem of ocean acidification and it may make people think that they have a license to continue burning fossil fuels. We’re working on it only as an insurance policy.

How did you first get involved with Sustainable Conservation, and what was your first impression?

SJ: A good friend of mine is married to Laura Hattendorf, one of Sustainable Conservation’s co-founders. One of the first things she told me about was your campaign to get rid of copper in brake pads. I thought that was a genius move, first doing the science, then partnering with researchers working on brake pad materials, then engaging manufacturers and environmental groups, and then pursuing change through legislation. This had a statewide, then national, impact.

As a Master Gardener, I became interested in PlantRight. I thought it was great that Sustainable Conservation worked with the big retailers to stop selling invasive plants. It makes a big impact and then you don’t have to go out and educate every consumer not to buy the plants in the first place.

What sets Sustainable Conservation apart from others in the conservation space? 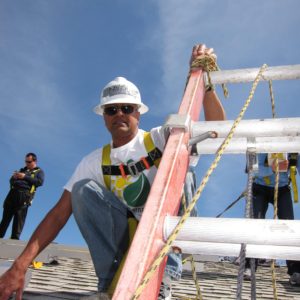 What would you tell someone who is thinking about giving to Sustainable Conservation?

SJ: I would tell people to go on one of Sustainable Conservation’s tours. They are incredibly well organized. The last one I attended was on the Central Coast and featured Miles Reiter (of Driscoll’s Berries), alongside berry growers and Sustainable Conservation’s local partners. I could have listened to him all day. He talked about how Driscoll’s is growing plants to account for water shortages and chill hours, and using technology to solve production challenges. We learned how growers refrigerate plants, bring them out staged in time, and use 30% less water. He also shared incredible insights about aspects of agriculture that we don’t think about regularly – the expenses of a guest worker program, cost of housing, and more. Hearing the producers’ perspective really connects all of the dots for me, and it’s a great way to engage with Sustainable Conservation’s work.

What is one action that your household takes to protect California’s land, air and water that other people could consider doing?

SJ: As soon as we moved to Santa Clara in 1980, we signed onto their green energy program. This gives us carbon-free electricity. Now that more people have access to community choice energy programs which provide carbon-free electricity – a good next step is considering electric heating for the home, electric cooking using an induction cook stove, and a heat pump water heater in lieu of a gas water heater. About two months ago, I installed a heat pump water heater in my home.  Unfortunately, this kind of heater is mostly available online. You can’t just go to Home Depot and walk out the front door with one. Instead, it will take two weeks to arrive. So, the question remains, how can these carbon-free options become more readily available? Or how can we encourage people to make the switch before it’s an immediate need? When your current gas water heater breaks, who is willing to go without hot water for two weeks? I might, but my wife certainly would not.

What role do individuals play in addressing climate change?

SJ: Fundamentally, the fossil fuel industry has a lot of money invested in existing infrastructure and they find candidates that will support them. The only way to counter this influence is getting engaged and telling your elected representatives, I’m only going to vote for you if you make climate change an issue. We have to create the political will. My congressperson, Ro Khanna, has town halls once a month. Even though I know his position on climate change, I still show up and ask what he’s doing about it. He appreciates the opportunity to talk about it and educate his constituents. 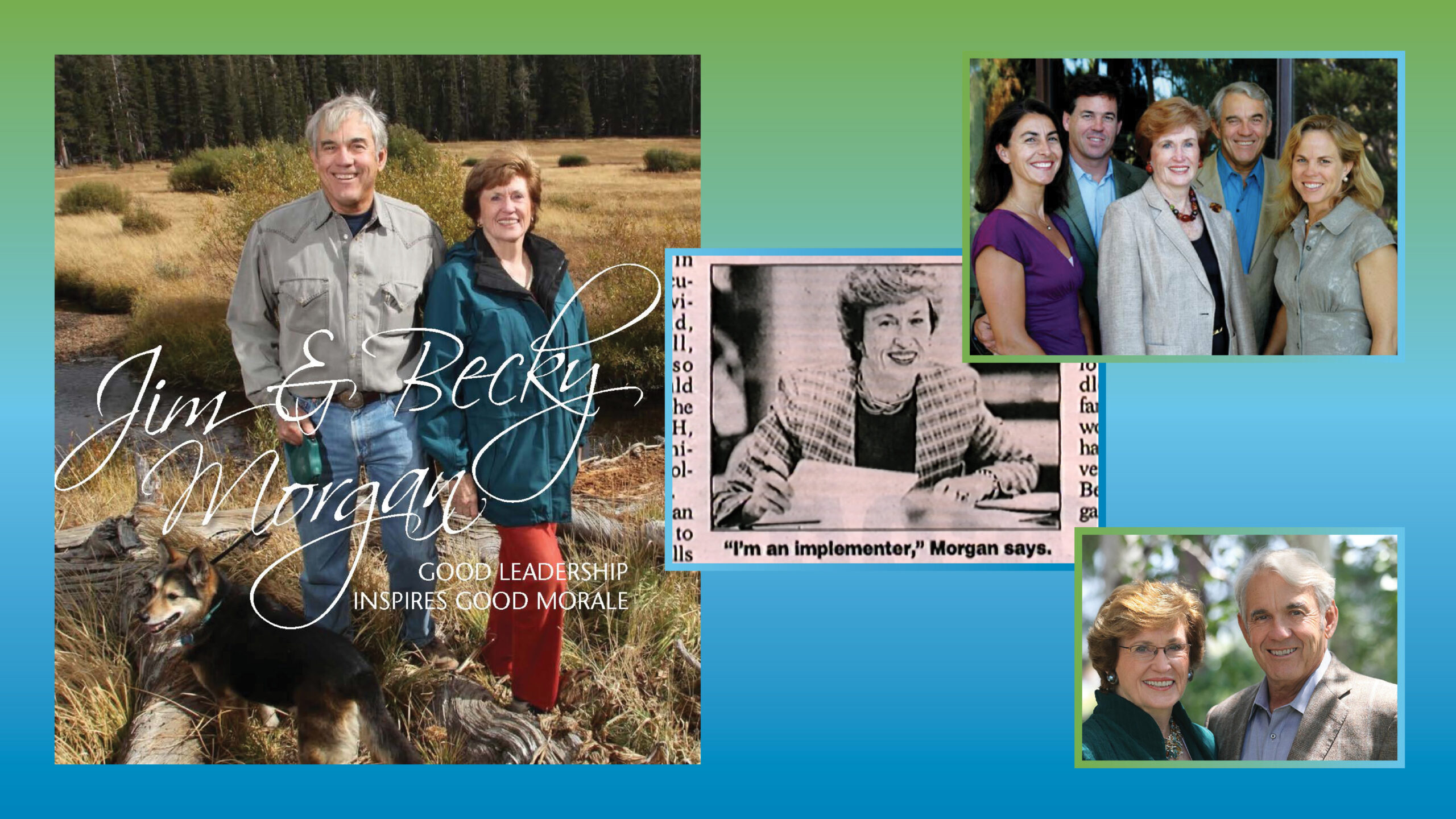 Giving Together for Generational Impact: Staying True to CA 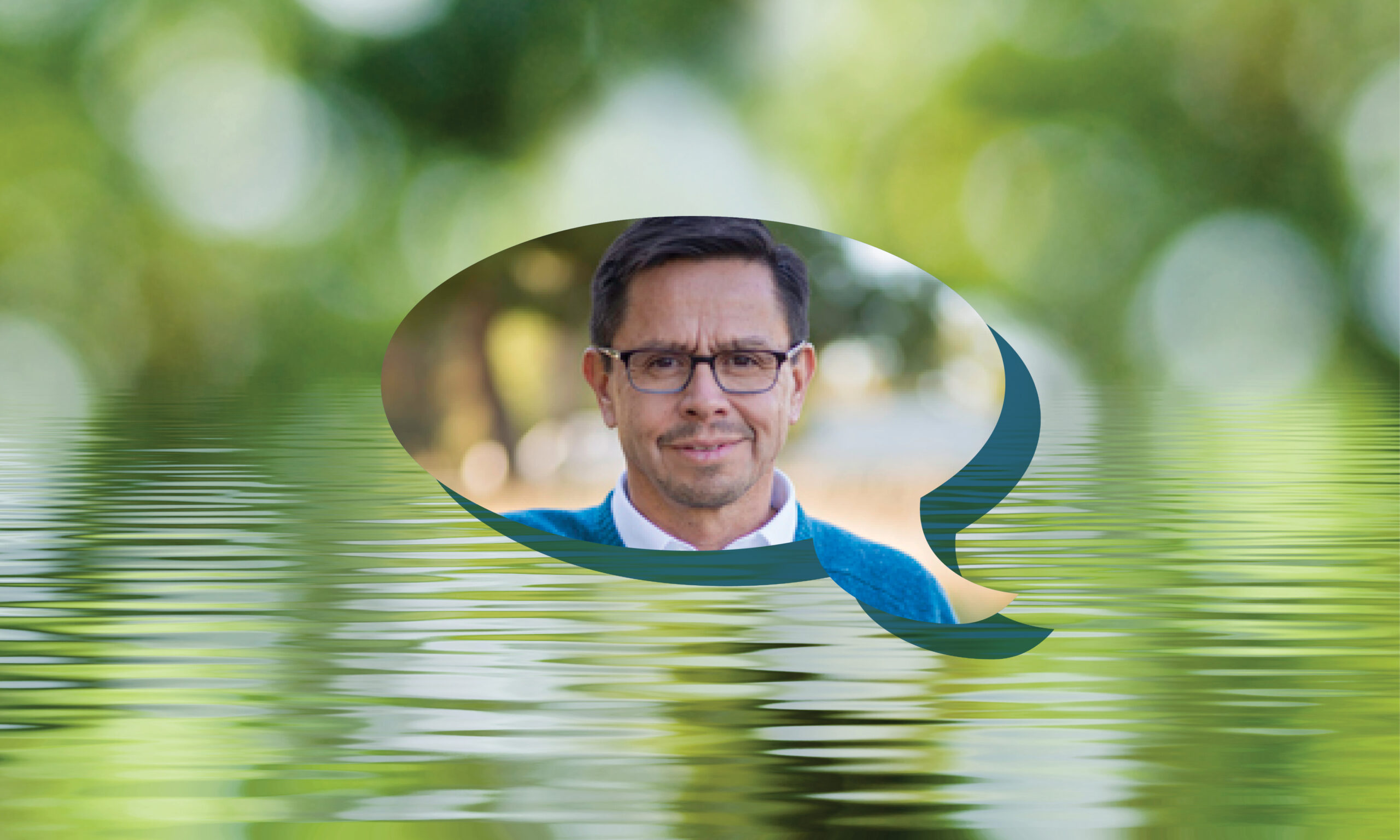 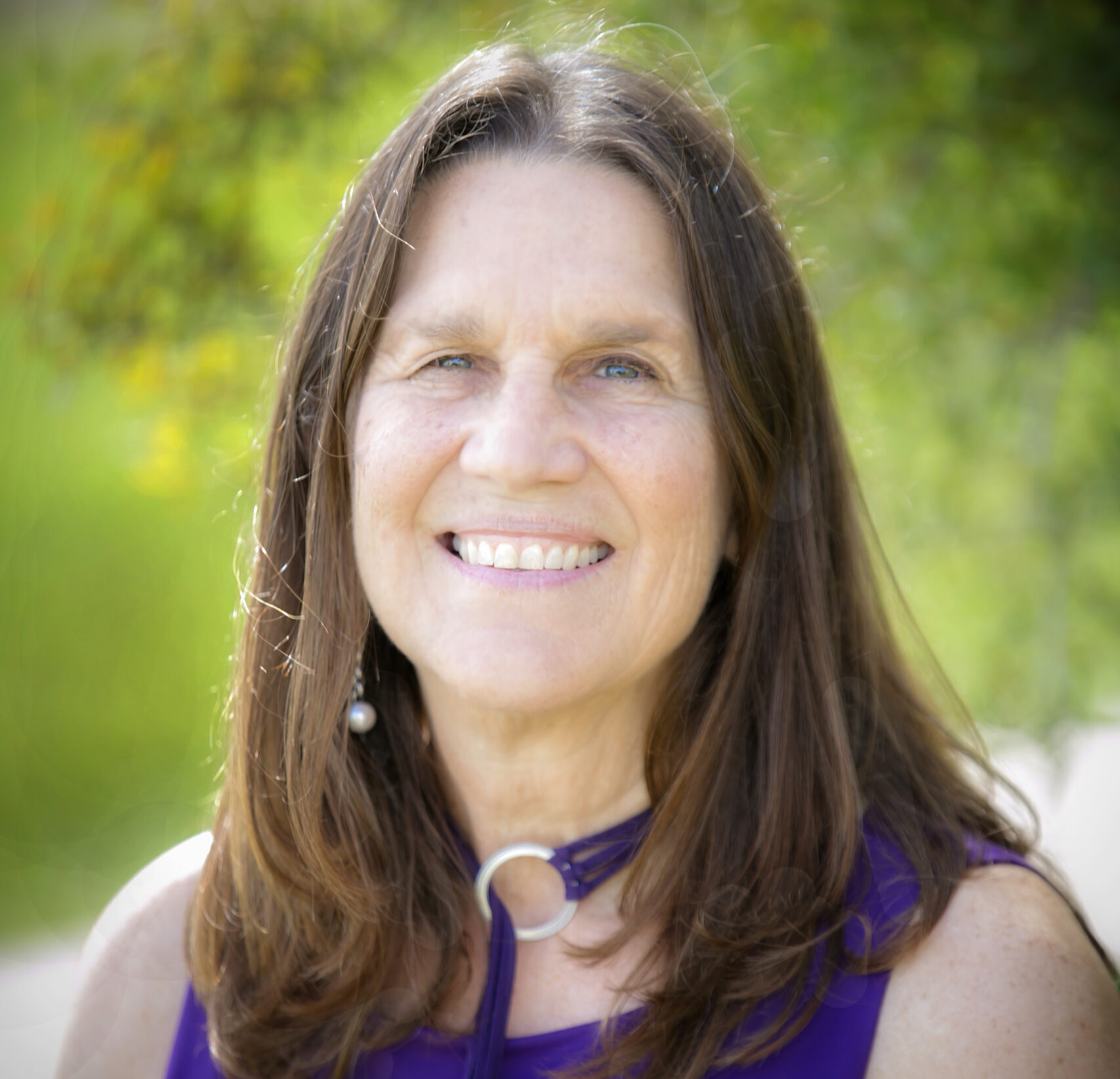 A Lifetime Appreciation of the Outdoors: Meet Sally and Craig Falkenhagen 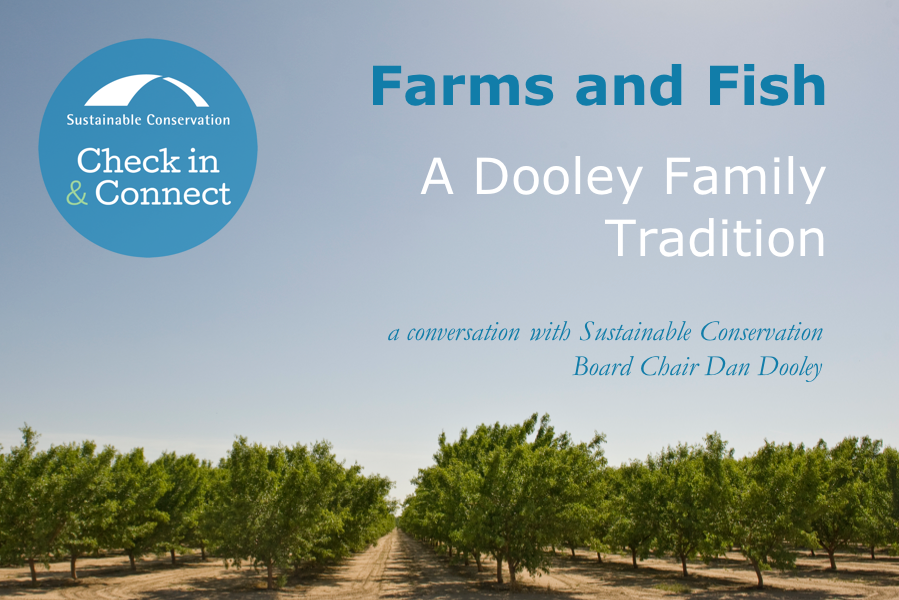