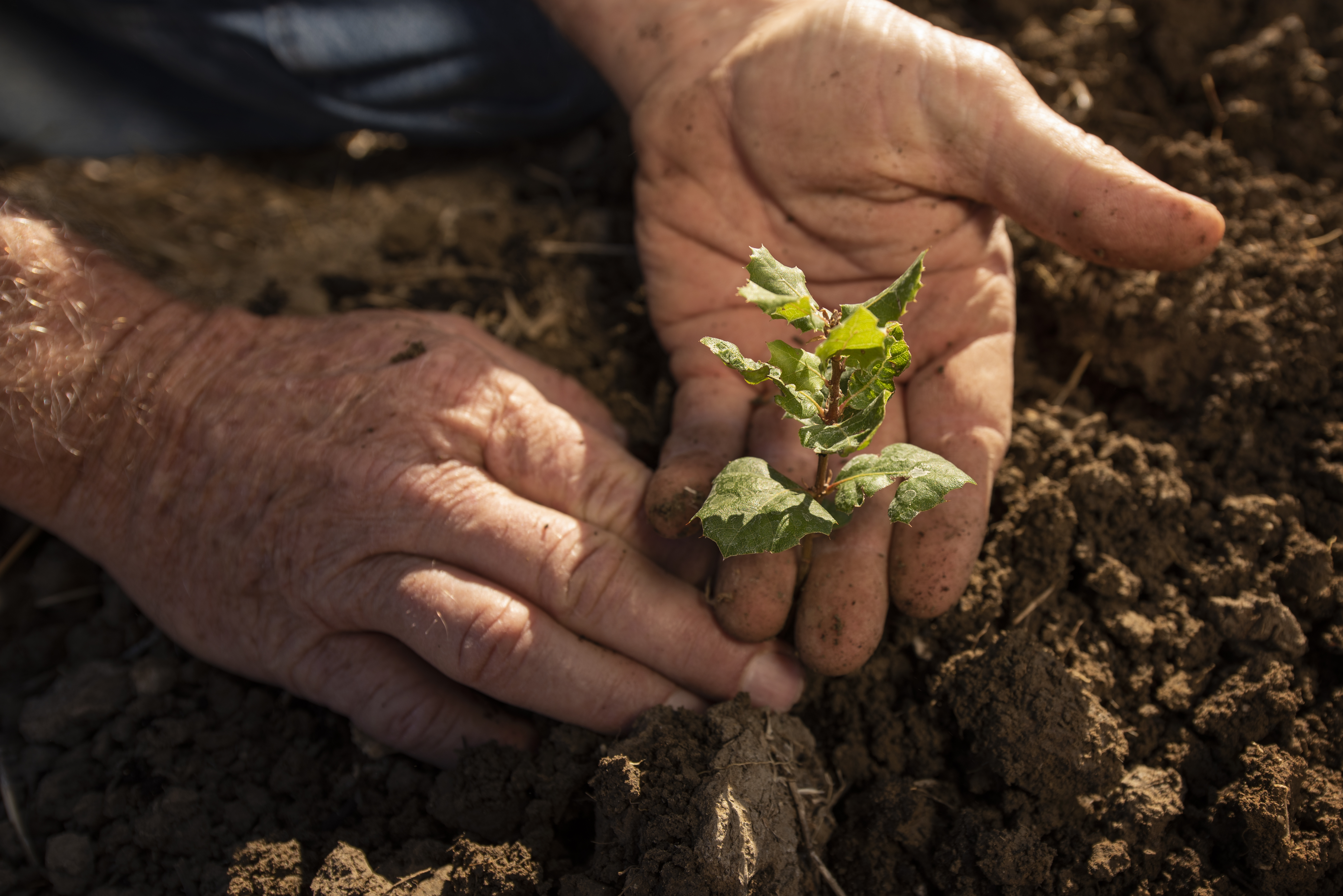 When it comes to keeping California leading in conservation, you may be surprised to learn that landowners are key front-line defenders of the environment. Over 50% of all land in California is privately owned, and how people manage this land has a dramatic effect on our environment, from combatting climate change, to boosting clean air and water, to protecting wildlife.

Given in honor of renowned conservationist Aldo Leopold, considered by many the father of wildlife conservation and wilderness protection in the U.S., the Leopold Conservation Award inspires other landowners by example and provides a visible forum where farmers, ranchers and other private landowners are recognized as conservation leaders. Award co-sponsors Sand County Foundation, the California Farm Bureau Federation and Sustainable Conservation are pleased to be able to highlight three more stellar finalists this year – the statewide award’s 14th year. Congratulations, all! 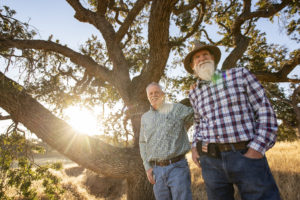 For more than three decades, Bruce (left) and Rick Rominger have planted miles of hedgerows to benefit insect pollinators and restored over 5,000 feet of stream corridors to connect riparian areas and wetlands.

Rominger Brothers Farm (Yolo County) is owned and operated by fifth-generation farmers and brothers Bruce and Rick who grow fruit, vegetable, tree, and grain crops. Water-wise drip irrigation and in-field moisture sensors are used to ensure their tomato crop receives no more water than is needed. Their habitat-improvement efforts include planting miles of hedgerows to benefit insect pollinators, restoring over 5,000 feet of stream corridors to connect riparian areas and wetlands, and managing irrigation water on their rice fields to boost declining shorebird populations. Protected from development through conservation easements, nearly 3,000 acres of the ranch will remain working lands in perpetuity. 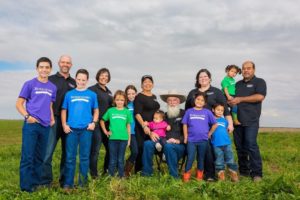 For nearly two decades, the Burroughs family has transitioned their operations to certified organic standards, and they continually refine their farming practices to reduce water use, improve soil fertility and increase biodiversity.

Burroughs Family Farms (Stanislaus County) is owned and operated by Ward and Rose Marie Burroughs and their children who raise dairy and beef cattle, poultry, eggs, almonds and olives. Over the past 17 years they have transitioned all of their operations to meet certified organic standards. They continually refine their systems to reduce water use, improve soil fertility, and increase biodiversity. Rotationally grazing cattle and chickens in their orchards to feed on cover crops (rather than mowing or using herbicides) is one example of how they work to create one holistic, interrelated system of farming. They’ve hosted a variety of on-farm research projects, including studying the carbon-sequestration benefits of reincorporating almond hulls back into orchards after processing. 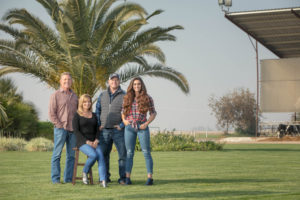 The Verweys are working toward a goal of becoming a net-zero carbon dairy farm, and have dedicated habitat on their farm for native habitat and wildlife.

Philip Verwey Farms (Kings County) is a 9,500-cow dairy farm that conserves water and energy while producing milk and electricity. Water is used several times to chill milk tanks, clean the barn and parlor, and provide the herd’s drinking needs, thanks to a watering recycling system. A covered-lagoon manure digester generates electricity for the farm’s buildings, irrigation wells, and 3,000 area homes. Replacing diesel-powered feed mixers with electric mixing stations increased efficiency while reducing air emissions. The Verweys are working toward a goal of becoming a net-zero carbon dairy farm. They have also dedicated habitat for native vegetation, trees, and birds.

The 2019 California Leopold Conservation Award will be presented in December at the California Farm Bureau Federation’s Annual Meeting. The award recipient will receive $10,000 and a crystal depicting Aldo Leopold.

The California Leopold Conservation Award is made possible thanks to generous contributions from many organizations, including Farm Credit West, American Ag Credit, The Harvey L. & Maud S. Sorensen Foundation, The Nature Conservancy in California, McDonald’s, and California LCA recipient alumni.