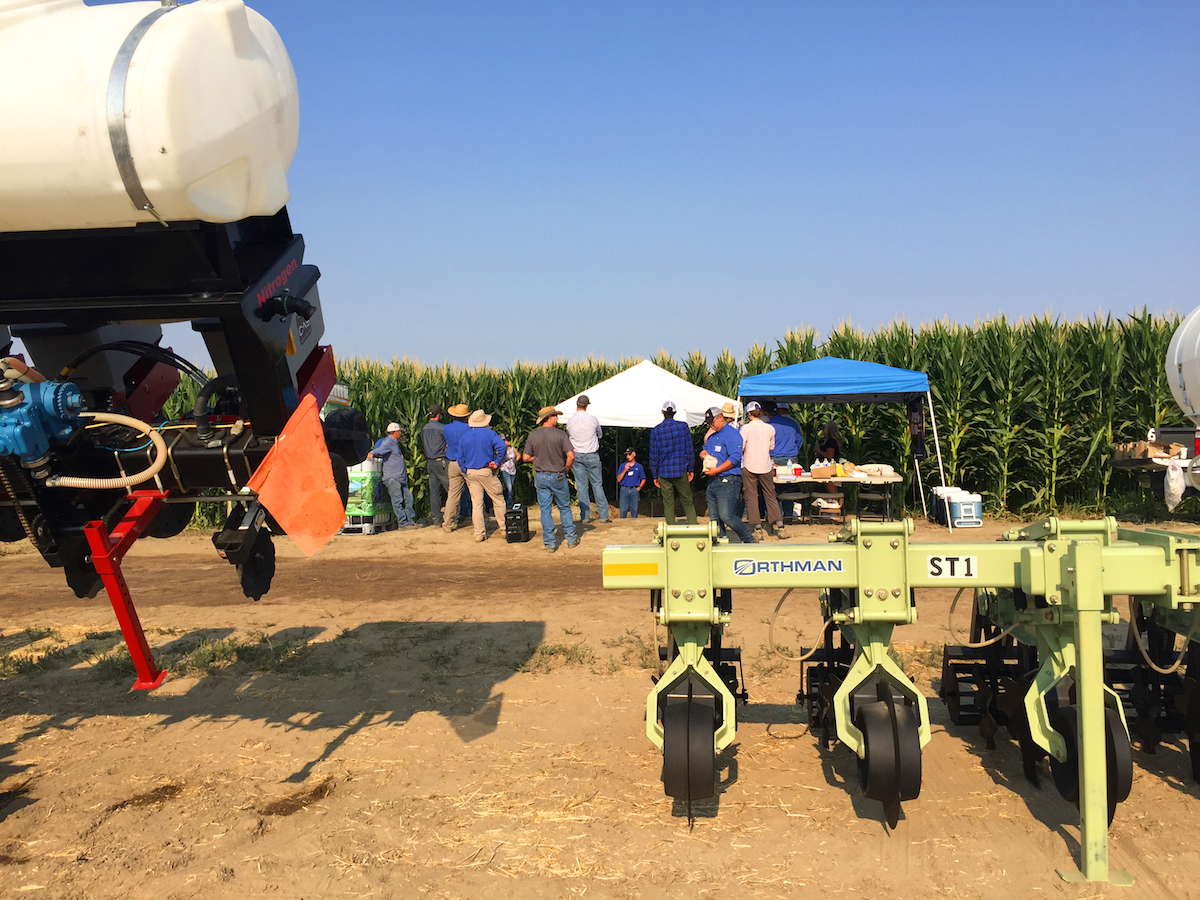 In California’s dairy-rich San Joaquin Valley, Sustainable Conservation and our longtime industry partner California Ag Solutions (CAS) have worked together for years to make “too good to be true” farming outcomes the new norm. Over the summer, we teamed up again with CAS to host the fourth annual Conservation Tillage Coach Tour on three Fresno County dairies. Beneath the beaming Central Valley sun, famers, scientists and environmentalists joined forces to demonstrate how adopting conservation tillage, a suite of low-impact farming techniques, saves farmers time, money and water, while simultaneously improving air quality and crop production.

LEGACY OF UNHEALTHY AIR
At least 10% of Central Valley residents suffer from chronic breathing disorders caused, in part, by farm-based air pollution. Fresno County, the leading farming region in the country, has the nation’s highest asthma mortality rate. The area in 2016, according to the American Lung Association’s most recent “State of the Air Report,” received yet another “F” grade for its bad air, including dust and diesel emissions. Fresno ranks as one of the most polluted cities in the U.S.

Added to this is California’s ongoing drought. As local water supplies in the Central Valley diminish, restrictions on its use are rising.

MORE FROM LESS
Strip till, a type of conservation tillage, provides farmers relief on both accounts, and helps the communities they live in breathe easier. A soil pit at the first stop on this year’s Conservation Tillage tour profiled how leaving behind a bit of crop stubble during harvest (think: chopped-up corn stalks) can shield fields against soil erosion, airborne dust and water evaporation. Farmers can in fact reduce their dust emissions by up to 70% per acre. Reducing diesel emissions by up to 50% and labor expenses because of fewer tractor passes, strip till helps dairy farmers focus their attention where it counts: the cows!

With crop residue providing stability and shade from above, strip tilled fields maximize the growing potential of crops at their roots, literally. A sample corn stalk root ball (pictured below) at the first tour stop was roughly double the size of one from a conventionally-tilled area. As folks saw at the third stop, which featured two fields planted just four days apart – one using conventional tillage and one using strip till – these robust root systems led to notably larger, and more uniform crops. And, as this farm’s owner commented, significantly reduced the amount of irrigation water needed to grow the crop.

Too good to be true? We don’t think so. According to our most recent survey of conservation tillage acreage in our target area, San Joaquin Valley farms are utilizing low-impact conservation tillage on more than 130,000 acres – the equivalent of over 200 square miles – of silage corn alone (feed for cows). That doesn’t include a significant number of acres used to grow other types of crops for livestock and people.

CLEANER AIR AHEAD
With early bookings for the 2017 growing season increasing to more farms and bigger dairies, our neighbors in the Central Valley will be breathing more easily than ever. If you’d like to learn more about conservation tillage, read more about Sustainable Conservation’s clean-air farming efforts. If you’re a farmer and you’re interested in adopting strip till, ask about our conservation tillage equipment rental program by contacting Ladi Asgill at lasgill@suscon.org or 209-576-7957.