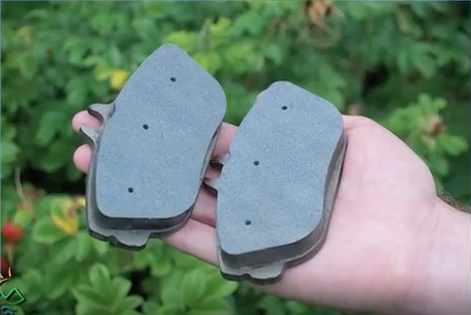 Did you know every time you step on your car’s brake – whether at a stoplight, an intersection or while parking– small amounts of copper debris are released onto the streets and into the air, eventually making it into California’s waterways? Considering the millions of drivers in the state, and the number of times we all hit our brakes, the cumulative impact of copper debris takes a toll on California’s environment.

Salmon, in particular, suffer from the effects of the released copper: it kills off the aquatic organisms that make up their food and impairs salmon smell, which makes them vulnerable to predators and hurts the sense of direction needed to finding their way back to spawning streams.

Luckily, in 2010, California’s salmon, urban waterways, and communities cemented one of the biggest environmental triumphs of the year after a when then-Governor Schwarzenegger signed Sustainable Conservation-sponsored Senate Bill 346 (SB 346) into law.

The legislation was born from a 15-year effort led by Sustainable Conservation in partnership with a number of key stakeholders, including other environmental organizations, government agencies, and the brake manufacturing industry. Together, we explored the science behind brake pads and built a consensus on the most practical way to stop copper from finding its way into our waters, while still providing California’s drivers with safe, reliable brakes.

Sponsored by Sustainable Conservation and authored by Senator Christine Kehoe (D-San Diego), SB 346 requires brake pad manufacturers to reduce the use of copper in brake pads sold in California to 5% or less by 2021 and to no more than 0.5% by 2025.

And luckily, now six years after the law’s passage, major progress is already being made. 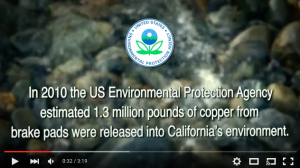 The California Department of Substances (CDS) published a video this month detailing the ongoing effort to phase-in copperless brake pads.

As the video notes, in 2010 there was an estimated 1.3 million pounds of copper finding its way into California’s water and environment. When the brake pad legislation goes into full effect, according to the CDS, California is poised to save $1 billion in stormwater treatment costs.

SB 346 remains a testament to just how much can be done when key stakeholders – environmental organizations, government agencies, and industry – unite to protect and steward the resources all of us depend on. The final legislation embodies not only a win for California’s wildlife and environment, but also a victory for everyone who came together to prove that collaboration – rather than confrontation – can catalyze the necessary solutions needed to protect the state, its wildlife, environment and communities.